The road that led Jennifer to Our Space was not one easily travelled. However, despite the difficult path she journeyed, it created a story that she now uses to make a difference and change the life trajectory of the individuals she serves.

To say her early home life was unconventional would be a gross understatement. However, for Jennifer, it was the only life she knew. “The family I grew up with was not really my family. They were part of a prostitution and sex trafficking ring. My supposed uncles and aunts and grandmother were not actually related to me. I just called them that. When your little and told that this person is your grandparent, you just accept it.  As a kid, I didn’t know that. It all just seemed normal,” she recalls.

At age 10, Jennifer became acquainted with the foster care system. “Because of some difficult family issues, my brothers and I were separated. They went to live together with one family, and I went to another.” While the boys spent their entire foster care experience in the same home, Jennifer was in and out of group homes and foster care throughout her teen years. As she was nearing 18, Jenn was facing a future without a home. “I learned that when I turned 18, I would be discharged with no place to go. So, I decided to take matters into my own hands and run away.”  This began the next chapter in Jennifer’s story, which included abuse, gang affiliations, and prostitution.

At age 18 she met the father of her four oldest children. “I got pregnant three months later and then the abuse started.”  She remembers being dragged up and down the hallway of her apartment building. But the pull of wanting a family kept her with him. “Because I never grew up with a real family, I wanted to stay with him so that my kids knew their dad.” She was with him for 17 years. 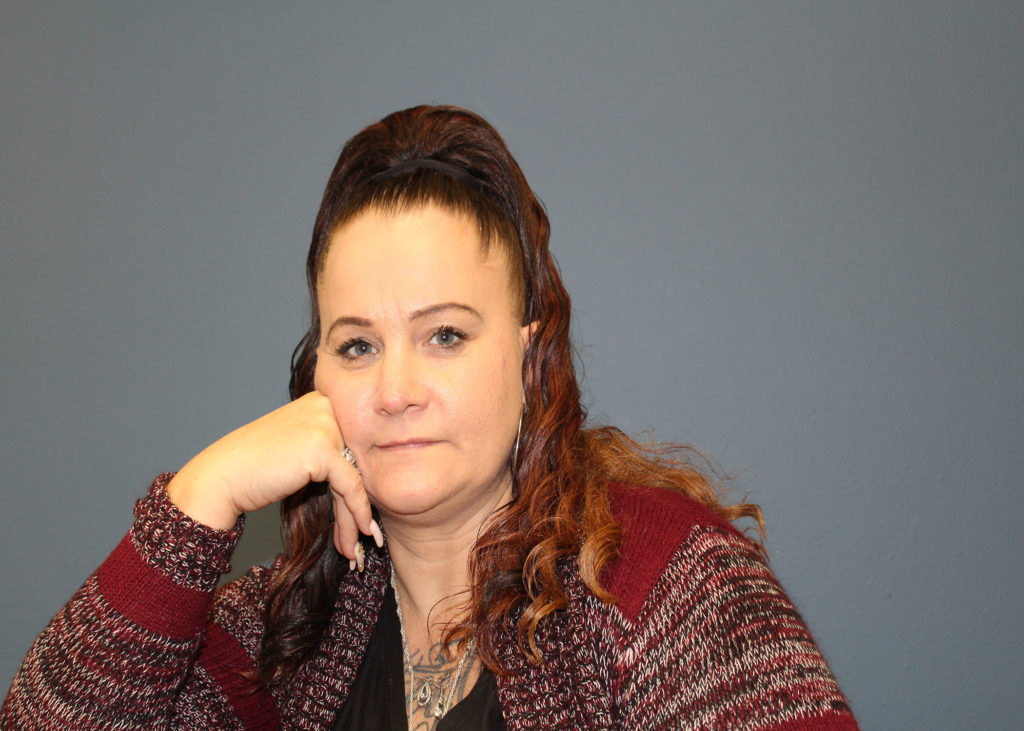 Her rocky path continued when she met the father of her youngest child. He was high-ranking gang member, and they were both fully immersed in the culture. “Drugs, sex trafficking, and a wide variety of criminal activities, it was all I knew.” Despite that culture Jennifer makes it very clear that she did not do drugs. “I was very good at disassociating myself from a situation. I didn’t use drugs to escape, I just did it in my own mind.”

When she lost her children because of a prostitution charge, Jenn decided it was time to make a life change. “I was going to move to California with my boyfriend and we were going to build a new life.” What Jennifer didn’t know was that it was more of a “business” trip for her boyfriend. “He was going to California to build connections with high-ranking members of the Bloods.” When she realized his plan, she was nine months pregnant with his child. “I knew I couldn’t live that life with him, so I left.”

Jennifer’s sudden departure did not make her boyfriend happy. “I had to hide from him, because he wanted to keep the baby.” For the first time, her affiliation with Child Protective Services worked to Jenn’s advantage. “I told him that they were watching me and if anything happened, it would point directly back to him.” The threat was enough, and he decided to leave her alone. 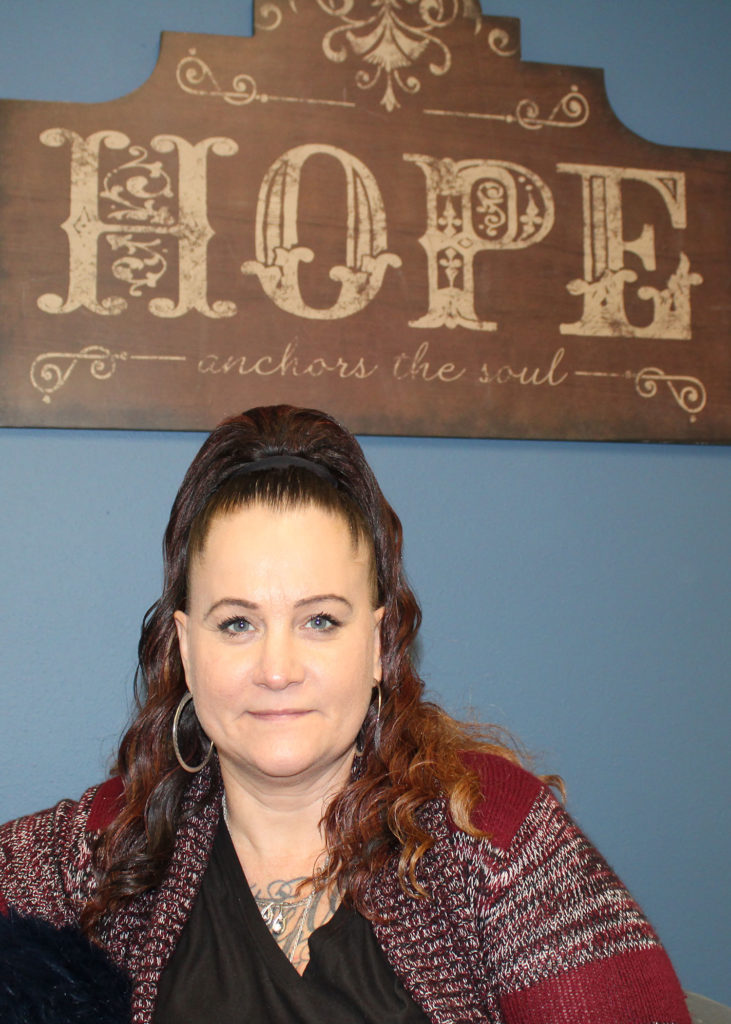 Despite making a positive break from gang life, Jenn found herself without an income, causing her to fall back into the cycle of prostitution. “One day I was taking the garbage out and a pimp I knew asked me if I wanted to come with him. Without thinking about what I was getting into, I said okay. It just snowballed. I got caught up in it because it was all that I knew.”

Eventually the lifestyle became too much, and through a series of unfortunate events, she was forced to give up custody of her children for a second time. “I signed over custody to my oldest kid’s aunt. I knew if I didn’t, they would have been separated. I wanted my kids to stay together.

Faced with another crossroads, Jennifer chose to write a new beginning to her story. “I felt like this was the sign that I needed to take my life in a new direction. I went back to school and got my Associates Degree in Business and became involved with the community.” She used her story and experience with gangs to help others who were either trapped in the lifestyle or considering a start. “I was involved in an organization called Hands Across the City. We helped people who had faced reincarceration or were affiliated with gangs to make other choices.  I also spoke at area schools about gang prevention. I shared my story, how deep I was involved, and why I decided to get out.”

Jenn’s connection with Hands Across the City was her first introduction to peer support. “The lady who led the group told me about the certification process, so I filled out the application, got accepted into the program and went through the training.” That was when everything started to change. I wanted my story to help people. I wanted it to make a difference.”

Once Jenn completed the certification program, she started as a Peer Support Specialist at Our Space’s Farwell Supportive Housing facility, a role she held for four years. Since the day she began at Our Space, Jenn has been a cornerstone for the program, working her way up to positions with increasing responsibility. “After I worked at Farwell, I was asked to become the Housing Coordinator at Empowerment Village, Lincoln. I held this position for two years.” In addition to her role as Housing Coordinator, she was also asked to provide external peer support, offering Comprehensive Community Services (CCS).

In 2018, Jennifer was promoted to her current role as the Direct Services Manager. In this position, she provides oversight and support to the Our Space Housing Coordinators and Peer Support Specialists. “I make sure they have the training they need to be successful. I also ensure that they are representing Our Space in the best possible way and are doing their job to the best of their ability.”

Jennifer has proven herself an invaluable resource to the Our Space team, always pitching in when needed. One prime example is her recent wiliness to fill in the gaps as a temporary Activities Manager for the Our Space Drop-in Center.  “I just do what needs to be done. I love working. I love making a difference.”

While Jennifer holds a great deal of responsibility at Our Space, her favorite thing comes down being there for people. “I love that I get to help people out. Whether it is just listing to them as they go through a crisis or being there because they don’t have anyone else.”

While the roads Jenn has navigated in her life have been full of challenges, they have given her an exceptional story to help guide others in their journey. “When you come into peer support you do it because you want to help someone out; you do it because someone helped you and you know where that can lead. I have learned that when people are ready, they will take the help you are willing to offer. They’ll do the hard work to succeed. I just need to meet them where they are. Sometimes we must do that in life. Just meet people where they are in their life story, accept it, and be okay with it.”

A Place to Belong – Meet Our Space Member, Nick

Our Space 2020 Employees of the Year